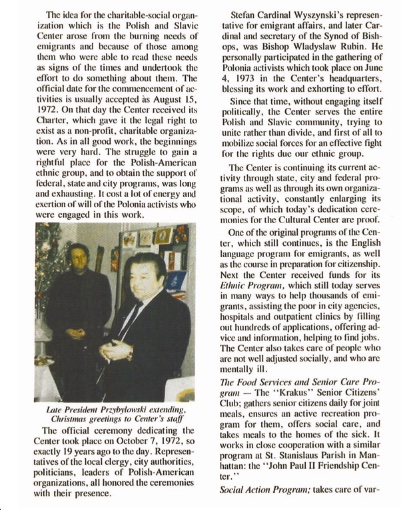 August 15 1972 is the day the Polish and Slavic Center was founded. On that day, 50 years ago, our organization received its charter and the legal rights to exist as a non-profit, charitable organization. We have since served the Polish American and local communities with dedication.

The mission of the Polish and Slavic Center (PSC) is to empower Polish and Slavic immigrants and underserved New York communities by ensuring they have equitable access to the resources and opportunities they need to thrive. We do it by providing them with social and legal assistance that connects them to benefits and services available through the city, state, and federal agencies. Since 1972, we have also promoted the rich culture and heritage of Poland and other Slavic countries. Through the various cultural experiences, we connect communities and generations while contributing to the rich diversity of New York City and the State.

The idea to establish the Polish and Slavic Center originated in the early 1970s. At the time, Reverend Longin Tolczyk was working with Polish immigrants who had just crossed the Atlantic Ocean and arrived in New York City. He was well familiar with their needs and wanted to make their transition to the new life on American soil easier. These ideas became a reality in 1972 when the PSC was formed. 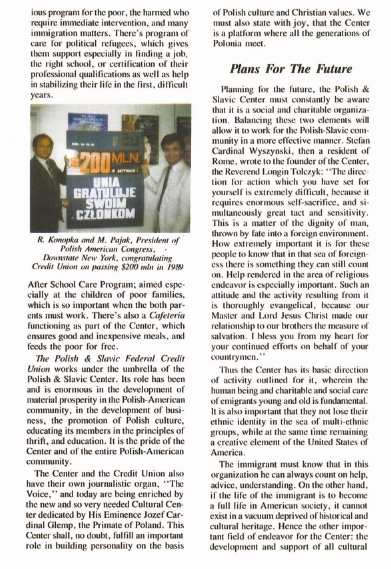 One of the original programs offered by the Polish and Slavic Center Inc. were classes preparing immigrants for U.S. citizenship and the English Language Program that helped newcomers learn the language and become fully immersed in American life. Shortly after, the Center received funds for its Ethnic Program which assisted the immigrants in city agencies, hospitals, and outpatient clinics, offered advice and information, helped find jobs and schools for kids, and more.

In 1976, the founders of the Polish and Slavic Center established the Polish and Slavic Federal Credit Union (PSFCU). The Union has had an enormous role in developing the financial prosperity of Polish Americans. It was thanks to the PSFCU that recent immigrants, who were turned down by American banks because of a lack of credit history, were able to take out loans for the purchase and renovation of real estate properties in New York. Now, the PSFCU is the largest ethnic credit union in the United States and serves over 100,000 members in four states.

Since the early 1980s, the Polish and Slavic Center has operated the Krakus Senior Center in Greenpoint and its satellite location John Paul II Friendship Center in Manhattan’s Lower East Side. Funded by the New York City Department for the Aging they provide seniors with low-cost lunches, cultural and social activities as well as language, educational, and wellness programming.

Throughout the years, the Polish and Slavic Center has greatly expanded programs for immigrants and their children, by offering various after-school care programs aimed especially at low-income families. There was also a Cafeteria that provided nutritious and inexpensive meals, and even fed the poor for free. 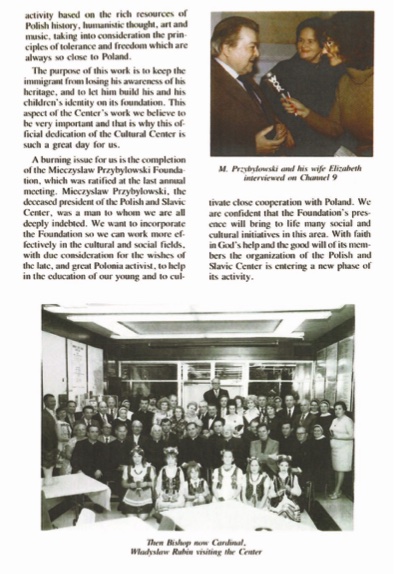 Through our Extended Social Services Program as well as the Immigration and Legal Services Program, the PSC has helped thousands of immigrants in applying for benefits and legalizing their status. Since the mid-90s, we have also offered a scholarship fund for talented youth coming from the immigrant Polish-Slavic background.

In the 50 years since its inception, the Polish and Slavic Center has grown tremendously. The organization currently has around 40,000 members and serves not only the Polish and Slavic immigrant groups but extends its services and programs to other ethnic and underserved, low-income local communities.

The programs offered by the Polish and Slavic Center have evolved over the years. Our core programs currently include:

Since 1972, the Polish and Slavic Center has also been a cultural center hosting a variety of artistic events which promote the rich heritage of Polish and Slavic cultures and provide a stage for local artists, and artistic education. Through the various cultural experiences, we offer the voice to the unheard artists and cultural trends, we connect communities and generations while proudly contributing to the rich diversity of the New York Community.

The PSC also publishes a quarterly “Echo Polonijne” which has filled the void after “The Voice” which was published by the PSC in prior years.

The Polish and Slavic Center launched its 50th-anniversary celebrations with a Grand Gala at the Polish Consulate General in New York on March 31, 2022. See footage from the event https://youtu.be/DbtowJLL5C4 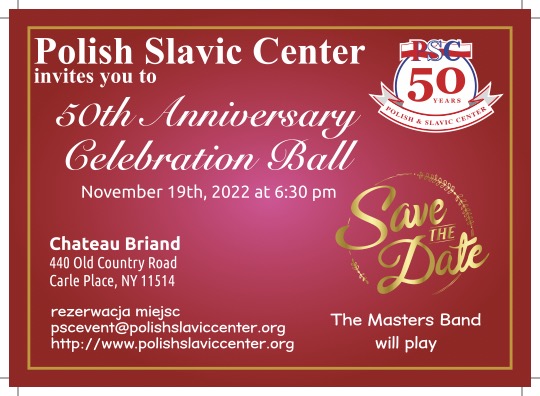 To place an ad in the journal: pscevent@polishslaviccenter.org